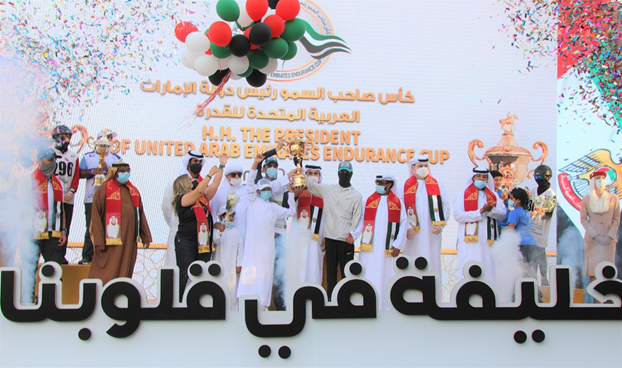 Abdullah Ali Al-Ameri - on «Vajabon de Polski» of F3 stables under the supervision of coach Ali Ghanem Al-Marri - won the Endurance President of the UAE Cup in its 22nd edition for a distance of 160 km, which was organized and hosted by the Emirates International Endurance Village in Al Wathba in Abu Dhabi, with the support and direction of His Highness Sheikh Mansour bin Zayed Al Nahyan, Deputy Prime Minister and Minister of Presidential Affairs, with a record participation of 340 riders from inside and outside the country.

The race was held in cooperation with the Equestrian and Racing Federation, and the rider Abdullah Al Ameri flew the precious cup, after covering the total distance of the race at 6:11:01 hours.