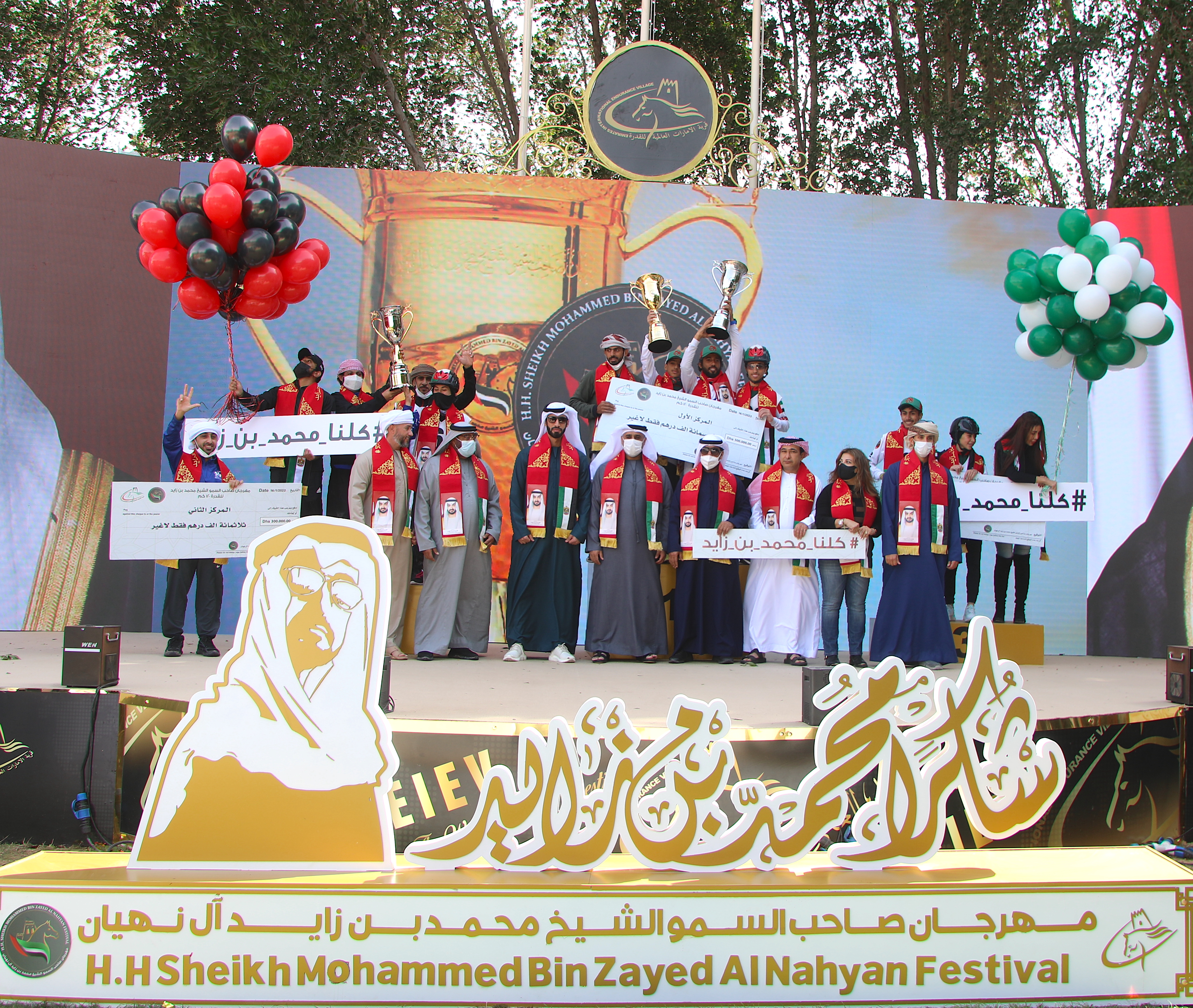 Abdullah Al Jahoori won the main open race for a distance of 120 km to help Al Wathba Stables retained the title
as the third edition of Sheikh Mohammed Bin Zayed Al Nahyan Endurance Festival concluded at the Emirates International Endurance Village, with the participation of 236 jockeys took part in the compeitition held held in honour and appreciation of His Highness Sheikh Mohamed Bin Zayed Al Nahyan, Crown Prince of Abu Dhabi and Deputy Supreme Commander of the Armed Forces, with the support and directives of Sheikh Mansour Bin Zayed Al Nahyan, Deputy Prime Minister and Minister of Presidential Affairs.
Jahoori riding ‘CHA Eclipse’ completed the race in 4:09:31 hours, with an average speed of 28.85 km/h.

Asmaa Muhammad Muthanna on ‘Fikr de Libos’ of Seih Stables finished second. Al Wathba Stables’ Masa Adnan aboard ‘Ro Chai Moon’ took third spot.
Jahouri, who won the race last year, stamped his authority with the distinguished tactic he followed, despite the rain, and the participation of a record number of horses and stables in the great race.
The prizes worth Dhs3,450,000 were distributed among the winners.
The race was organized by the Emirates International Endurance Village in Al Wathba, in cooperation with the Emirates Equestrian and Racing Federation.
Delighted with the success Jahoori said: “I am proud of this because the race bears the name of Sheikh Mohamed Bin Zayed, and it is a name dear to everyone.
“The level of competition was very strong in all its stages, especially after the rain but I managed to win.
Musallam Al Ameri, Director General of the Emirates International Endurance Village, hailed the support of Sheikh Mansour.
The winners were crowned in the presence of Ameri Ahmed Al Suwaidi, Executive Director of the Equestrian Federation, Mohammed Al Hadrami, Director of Events in the Village, Abdullah Majid Al Ali, Director of the National Archives, Abdul Rahman Al Rumaithi, Village Supervisor, and Lara Sawaya, Executive Director of the Sheikh Mansour Bin Zayed Racing Festival.